pork all the things - a stir-fry odyssey

This past week, boneless pork loin was on sale at the grocery store, so I bought a huge one and we've been having pork for dinner every night this week. I did pan-fried chops one night, I did a roast another night, we had the leftovers from the roast with some braised cabbage the following night, and last night I used the last of the loin to make stir-fry: 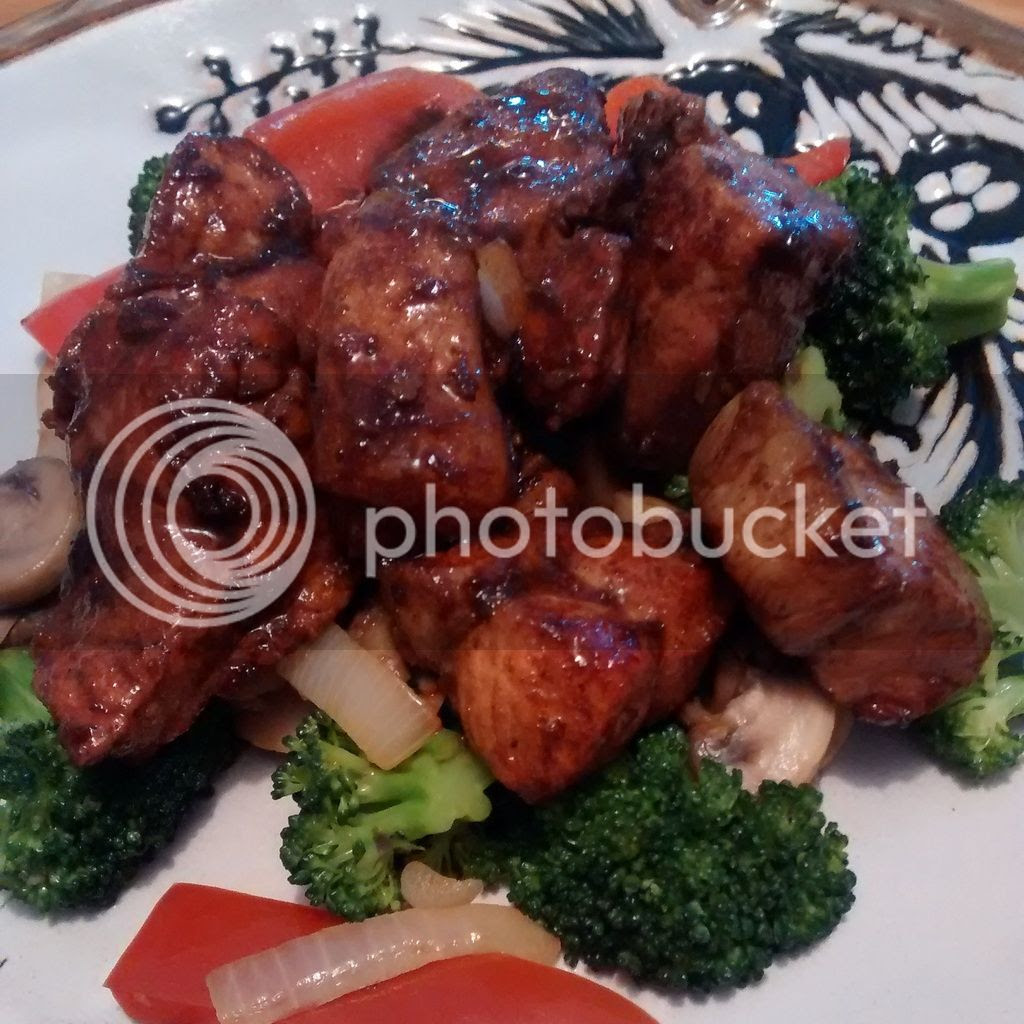 I like stir-fry, because not only is it a good way to get in plenty of vegetables and protein, but it's also a pretty high culinary pay-out for a small amount of effort. Also, anything that I can cook with the burner cranked up to high is automatically exciting in my book.

Pork loin is nice in a stir-fry because it's got a little extra fat as compared to tenderloin, so it offers more porky flavor and stays a bit more moist. I like to give mine a bath in a combination of tamari, sesame oil, honey, grated fresh ginger and a splash of water: 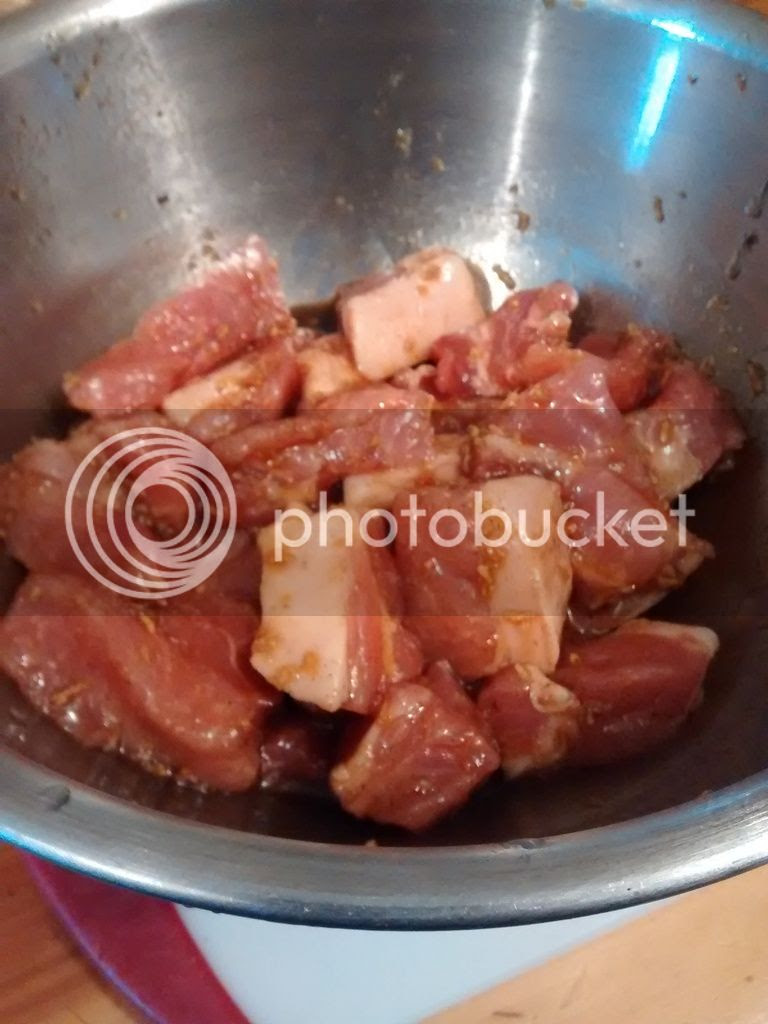 The meat sits in the marinade while I chop up my veggies. This is my go-to combination of broccoli, red bell pepper, onion and mushroom: 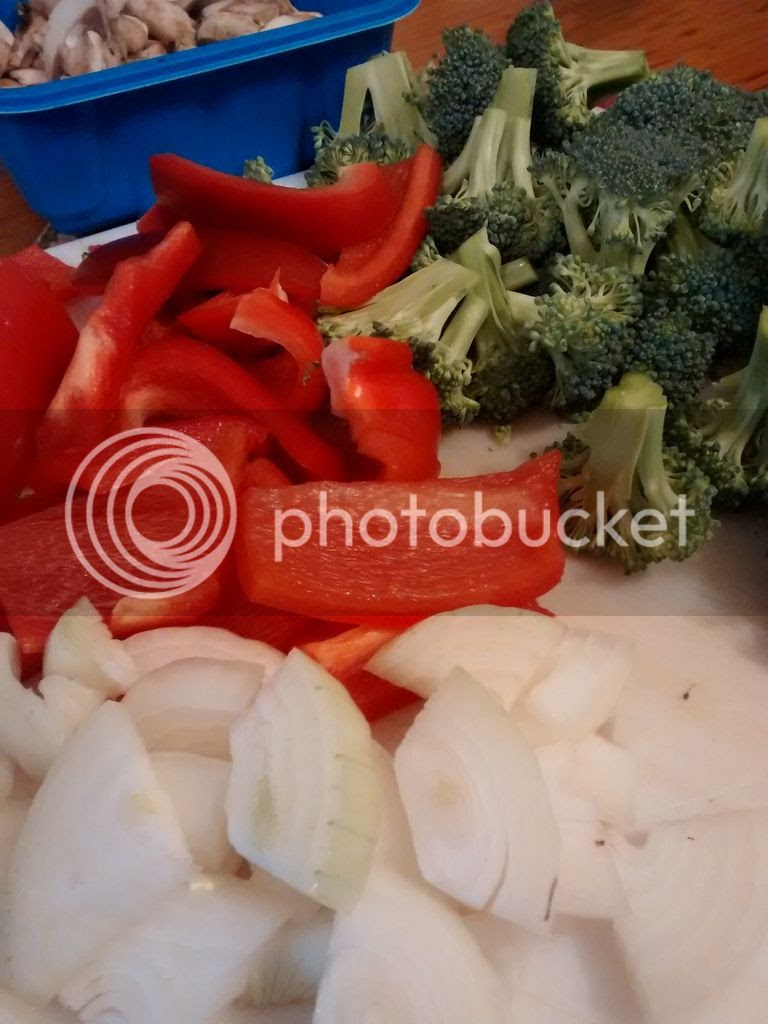 When the veg is all chopped, it's time to fry! I crank the heat up under my favorite heavy-bottomed saute pan and after a minute or so, I add some coconut oil. Once the coconut oil is melted, I throw my veg in, starting with the ones that take the most time to cook. In this case, broccoli goes in for about a minute, then I dump everything else in because the onions, peppers and mushrooms all basically cook at the same speed. I swear by tongs for stir-frying - I have a pair with silicone tips on the ends so that they don't scrape my pan up, and they're great.

The veg comes out when it's crisp-tender: 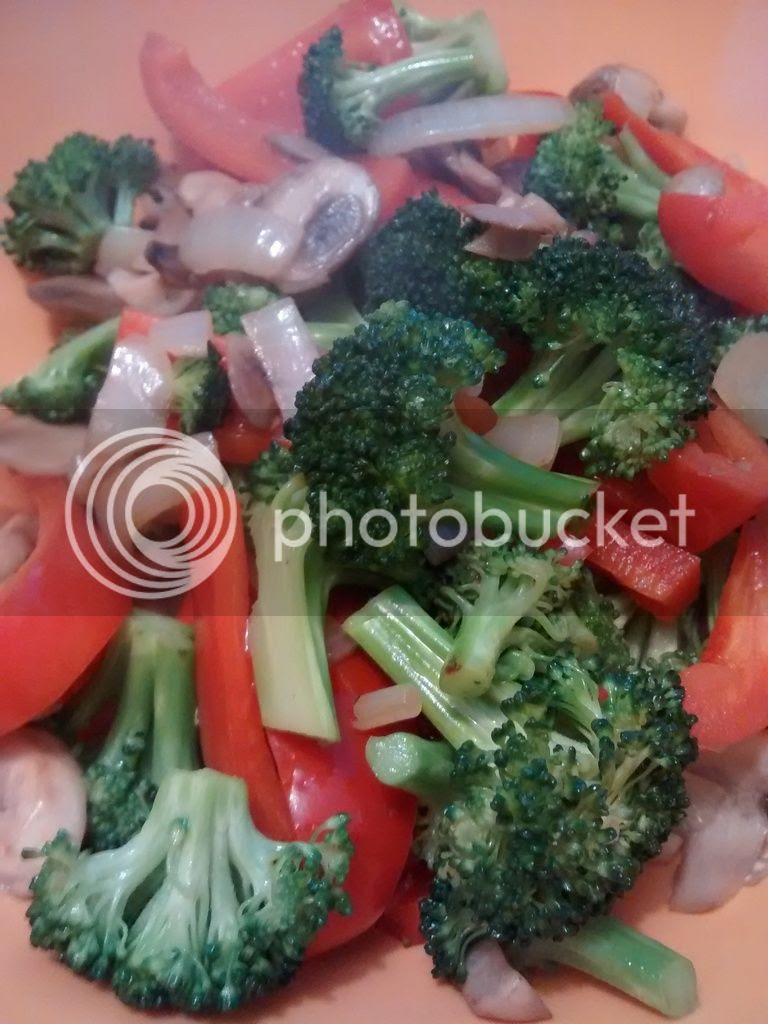 ...and in goes the meat, working in batches so as not to over-crowd it and end up with steamed chewy pork bits of sadness: 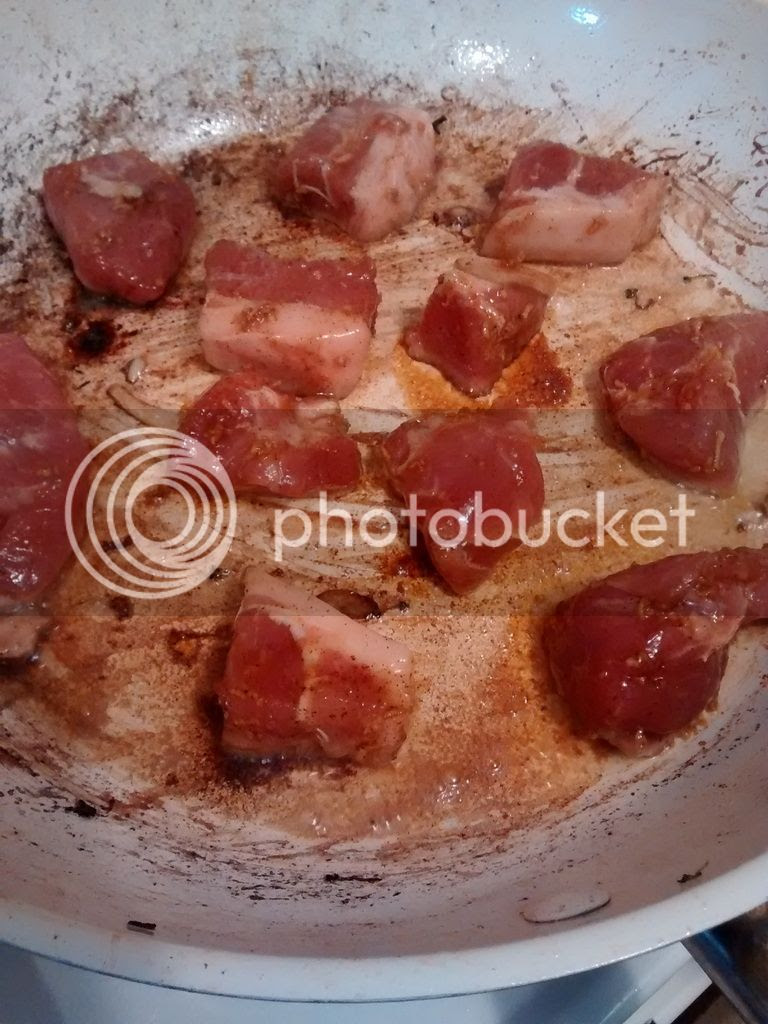 The remainder of the marinade goes into the pan with the last of the pork and I let it cook down to a glaze consistency, then add all the pork back in and toss it to coat. It gets quite dark because the sugars in the honey caramelize with the soy, but that's exactly what makes it taste awesome. Don't fear the caramelization!

When the meat is cooked through, toss it on top of your dished-up veg and voila, Paleo-friendly stir-fry, no rice needed!
Posted by Unknown at 12:16 PM