Beef short ribs are something I've always wanted to try cooking but either couldn't find them, couldn't AFFORD them, or was intimidated by them. The stars aligned today, though - short ribs were in stock, they were on sale, and I wasn't afraid to throw them in the crock pot and see what happened!

What happened was this, and it was so, SO good:


The fact that I was ever intimidated by short ribs is really kind of laughable, given how dead easy these were to make and how well they turned out. I guess I was thinking they'd be sinewy and tough, but they turned out fall-apart tender and full of amazing beefy goodness.

I started by seasoning the ribs with salt and pepper and searing them off in a hot pan. The ribs then went into the crock pot with a large onion, a couple carrots, a couple stalks of celery, and five or six cloves of garlic, all chopped roughly. I added a bay leaf, a little allspice (like half a teaspoon), and about a quarter cup of dried porcini mushrooms that I crumbled. I deglazed the searing pan with some beef stock, then dumped that into the crock pot along with a couple more cups of beef stock. I probably ended up using about 3 cups of stock plus a cup or so of water. It all cooked on low for about six hours, then sat on "warm" until I got home a couple hours after that.


When I got home, I steamed some green beans, fished the ribs out, and took a stick blender to the liquid and softened veg left in the crock to make a velvety sauce to spoon over the ribs. Super quick, really easy, and OMG YUMMY. 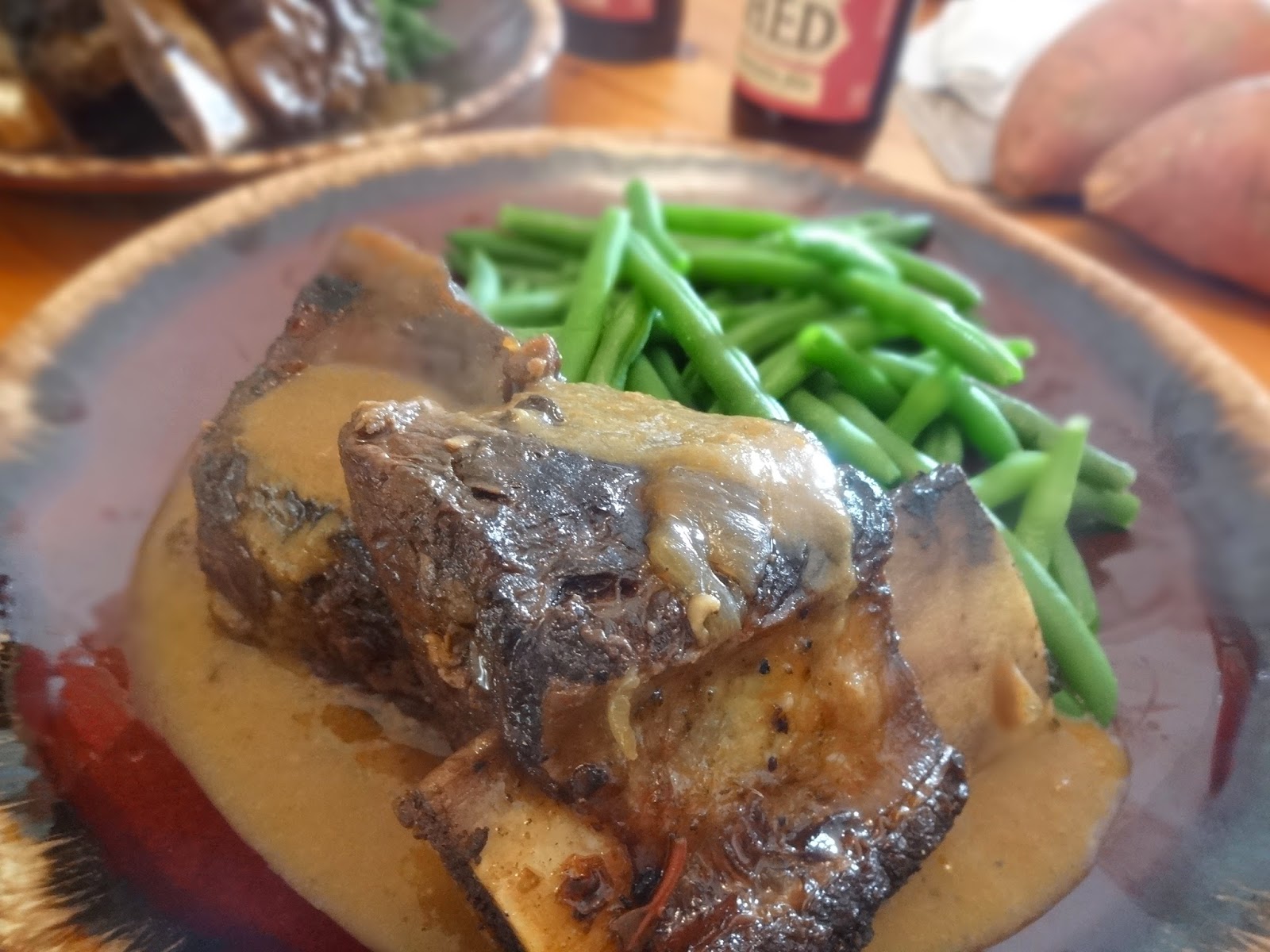 Also, a side-note - you may notice the bottles of Shed Mountain Ale in the background. If you're somewhere where it's available and you like brown ale, you should definitely try it. It went with my short ribs wonderfully and I can definitely see it being a compliment to any kind of roasted or grilled beef or pork. It's kind of heavy-duty with an ABV of 7.4%, but it doesn't taste "boozy" like some higher-alcohol beers tend to. I don't usually write about beer here, but I enjoyed the Mountain Ale enough that I'm giving it a shout out...so that should tell you something.
Posted by Unknown at 8:00 PM No comments: